One of the strengths of Eco-Techno is the after sales service. The large installed number of Evaporators requires a high level of service as well as the fastest reaction time. Last year, the mobile fleet of Eco-Techno (mobile workshops equipped for any type of intervention) has travelled 102,800 km on the national territory and about 23,000 km on roads in Europe. Recently intervention statistics of year 2015 were analysed, and what emerges is a definitely comforting picture. The annual total has counted 424 operations excluding start-up of new plants. It should immediately be given that out of the total, nearly 70% are scheduled periodic maintenance. The impressive feature is the figure for the year of production of the systems for which it was requested extraordinary assistance: 25.5% related systems installed between 1990 and 1999 (i.e. evaporators between 17 and 26 years of age); 52.3% of the interventions was instead on plants between 2000 and 2005 (then with over ten years of life) while only 22% of the outputs concerned installation since 2006 (to emphasize that more than half are plants built between 2006 and 2009).
These figures show that how many Eco-Techno evaporators were installed in the 90s and still working, more comforting, the defectiveness of the systems installed in the last 10 years is less than 2%. Last but not least: thanks to the tele-service (remote maintenance) that connect the customer plants to the Eco-Techno service centre, as many as 48 interventions were performed by connecting remotely avoiding the trips of the technicians. 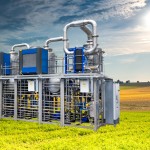 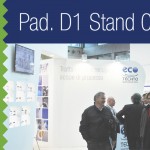